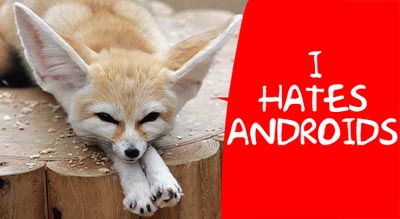 Part of the reason why people are getting so excited about Google Android is that the smartphone platform is completely open to development from all sides. In this way, you would think that just about anyone can create fun and useful applications for the new mobile operating system and you would think that the major players would want to develop for Android. Apparently, this isn’t the case with mobile web browsers.

We already know that we won’t be seeing Firefox Mobile on an iPhone any time soon, but it doesn’t look like the Android community is going to get in on the Firefox action either. Firefox has yet to make its official foray into the world of mobile smartphones, but the popular desktop web surfer is on the cusp of making that jump to Windows Mobile and Symbian.

The reason why Android isn’t included as part of that list, it seems, is because all applications for Android must be written in a custom form of Java. If the developers do not follow this criteria, then the application simply will not run on Android. This is a wholly different issue than the SDK restrictions found on Apple’s iPhone.

Even so, you would think that the Java requirements would be a relatively minor hurdle, but Mozilla’s Jay Sullivan says that they will not be creating a Mobile Firefox until Google removes the Java requirement. It doesn’t look like Google is going to budge on its side of the equation either, so we probably won’t be seeing Firefox Mobile on an Android phone for a very long time.

Unless a rogue homebrew artist wants to try his hand at translating the upcoming Symbian S60 or Windows Mobile version of Firefox Mobile to Android, that is.