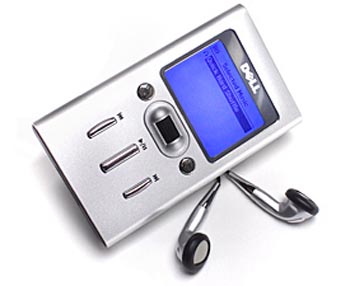 Do you remember the Dell MP3 players from a few years ago? There’s a good chance that you recognize the player depicted in the picture here, but there’s also a good chance that you knew absolutely no one who actually owned the darn thing. The MP3 player market is getting pretty crowded these days, even though Apple is completely dominating the place with its iPod line.

A short while ago, there was an inkling going around that Dell would revitalize its interest in creating Dell-branded MP3 players based on the Zing entertainment software. It may or may not have become a true iPod-killer, but it may have been able to compete against the Sansas and the Zunes of the world. Well, it seems that Dell has decided that re-entering the portable media player foray isn’t such a bright idea anymore.

Dell hasn’t provided a specific explanation, but the Wall Street Journal is saying that Dell is shelving its Zing-based ambitions “indefinitely.” This doesn’t mean that Dell won’t ever return to portable music playing, but given recent economic conditions and Apple’s continued dominance, it may be better for Dell to focus its efforts on other areas, at least for now.

Then again, does anyone really want a Dell MP3 player? It didn’t work for them the first time around and somehow I don’t think that zing is going to provide enough “zing” to boost Dell into MP3 playing supremacy.