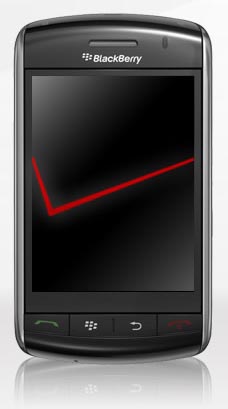 No one expected the BlackBerry Storm to sell for the same price as a budget-minded Pearl, but I don’t think anyone expected RIM’s first touchscreen phone to sell for this much either. We’ll have to tkae this report with a tentative grain of salt, but someone has found out that the Verizon Storm carries a retail price of $549.

Thankfully, that’s not the with-contract price. Verizon is hosting a BlackBerry Storm scavenger hunt starting tomorrow and as part of the fine print for that event, there’s a note that the Storm has a retail value of $549. Interpreting that kind of language, we would be led to believe that the Storm costs $549 sans contract.

So, how much will the touchscreen smartphone cost if you’re willing to sign on a dotted line? Taking previous releases into consideration, it wouldn’t be out of the ordinary to expect a $50 mail-in rebate. The subsidy associated with a qualifying two-year service agreement would probably be in the $150 range. Taking these two discounts together, you’d still be looking at a net price of around $349. Before taxes.

Paying $349 for the BlackBerry Storm doesn’t sound too terrible, but you also have to remember that earlier rumors pointed toward a $199 contract price. When you start thinking about the price for an iPhone with contract, it may be hard for Verizon to justify the jump to a touchscreen ‘berry.

None of this has been completely verified, of course, so Verizon may pull a few tricks out of its proverbial sleeve before the November 16th release date. That’s less than two weeks away, so let’s hope that Verizon makes the Storm a little more agreeable with current economic conditions.

UPDATE: I just got an email saying that the $549 prize pack as part of the scavenger hunt includes a $50 VZW gift card, so that brings the retail (unsubsidized) price of the Storm down to $499. Thanks, Kevin and Brandon, for the heads up.