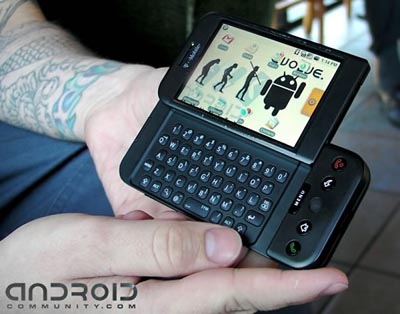 When the T-Mobile G1 launched in the United States last month, it was a pretty momentous occasion. It marked the first time in history that a Google Android phone was commercially available to the public. The G1 smartphone won’t be the only Android phone pretty soon, but that isn’t stopping HTC from shipping its G1 to a number of Asian providers starting next year.

More specifically, HTC will be providing variations of the HTC Dream G1 to several Android-hungry providers in Asia some time during the first half of 2009. Exact details surrounding regionalization, pricing, and even which cellular operators have not yet been released, but it’s good to see that the G1 is starting to get a little more worldly.

Perhaps the bigger story here is that because the G1 is being shipped to several providers in Asia, it means that HTC will be providing factory unlocked handsets. In places like Hong Kong, it is illegal to sell anything other than unlocked phones. In this way, it wont’ be long before a gray market emerges for unlocked G1s that lack T-Mobile branding.

It should be noted, though, that new Android-powered smartphones are expected from companies like Asus and Motorola in 2009 as well, so HTC wlll not have a virtual monopoly on the Google market for much longer. HTC has also mentioned that it will continue to support Windows Mobile development, in addition to supporting the Google Android platform.

In fact, HTC has announced that the new HTC Touch 3G and the HTC Touch HD smartphones will be made available to many different regions starting this month (or next month). Unfortunately, the HTC Touch HD has zero chance of making it to North America.