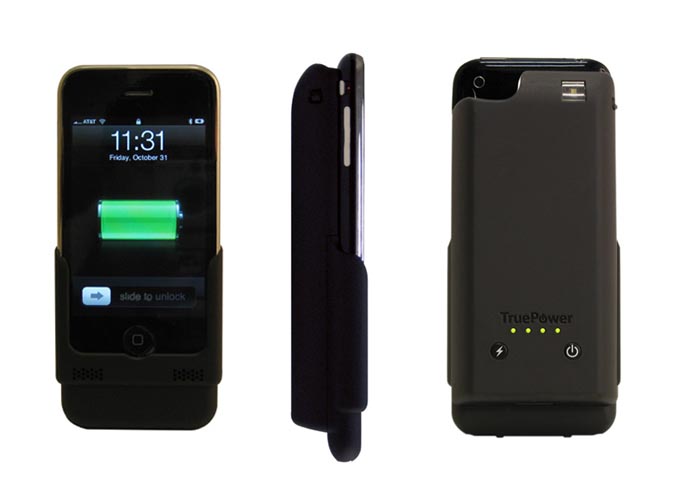 I don’t own an iPhone 3G, but I’ve heard all sorts of horror stories from my friends that do. They take the phone out for a night on the town, verifying their location using the GPS and checking up on messages via the Internet. Maybe they’ll snap a few 2 megapixel pictures along the way or listen to a couple of songs while waiting in line at the club. And then, the worst thing happens: the iPhone runs out of battery.

Even before the iPhone hit the market, we saw a few of those battery-boosting products on the market, but they were nowhere near as prevalent as they are today. With the arrival of the iPhone 3G and its disappointing battery life came a whole series of products that give you a little extra life. You know, in case your iPhone 3G doesn’t last 24 hours without being tethered to the wall.

The latest in this ceaseless onslaught of iPhone 3G battery boosters is the FastMac iV. This is a second generation iV battery pack from FastMac and it does pretty much the same thing as the smaller Morphie Juice Pack. The difference, I assume, is that the FastMac iV provides more backup battery power. According to FastMac, this pack will load you up with an extra 24 hours of talk time, 31 days of standby (!), over 20 hours of video, or nearly 72 hours of musical enjoyment.

There’s also the added bonus of an LED flashlight, which certainly comes in handy when you want to take pictures under low-light conditions. Adding to the versatility is a standard USB port to charge additional gadgets. The FastMac iV retails for $80. Too bad it, like all of these battery packs, makes your iPhone look like ass.