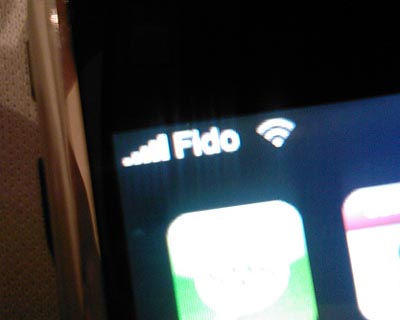 I’m not entirely positive if Teddy or anyone else from the Rogers executive team is paying attention, but this latest report almost sounds like it is in direct response to my Fido Shooting Itself in the Foot post. In that article, I said that Canadian cellular provider Fido is suffering one serious identity crisis and Rogers Communications just can’t figure out what to do with it.

Well, it seems that Rogers is finally going to do something with Fido and it’s a rather massive overhaul. What’s more, this massive overhaul kicks into gear starting tomorrow. Rumors of “big news” have been rumbling around on Howard Forums for a little while, but more details have now revealed themselves. This sounds a lot bigger than “just” a handset launch. It’d be nice to see the Android-powered G1 here, but that’s not the story. The story is complete retooling of the Fido brand.

What We Know about the Fido Relaunch

According to the Financial Post, Fido will be looking to reposition itself in the marketplace as another major budget brand. Instead of competing against “fuller” providers like Bell, Telus, and Rogers, Fido will be positioned against penny-pinching providers like Solo, Virgin, and (most notably) Koodo.

Some may say that Fido is already approaching this end of the market. Taking a look at the current handset selection, you’ll find that nearly all of the phones are meant to be as cheap as possible. The major exception to this would, of course, be the iPhone 3G, but the rest of the lineup is meant to be easy on your wallet. Fido tried to move into the smartphone market with the Motorola Q9h and Samsung JACK, but those haven’t exactly been successful.

With the pending relaunch of the Fido brand, scheduled for this Tuesday, you can expect the dog to continue along this path. Contrast this to earlier years where Fido still had uber premium phones like the Nokia 8801. That’s not going to happen anymore.

The Financial Post, as well as MobileSyrup and guys on Howard Forums, have a few noted predictions as to what the Fido relaunch will bring as well. In fact, the Post isn’t even referring to these as rumors or predictions that might happen; it’s saying that this will happen.

For starters, the refreshed Fido is getting rid of the system access fee, following in the trend popularized by Koodo Mobile, a subsidiary of Telus Mobility. Further still, Fido will be offering “lower monthly rates and an expanded product lineup.” These “updated plans” should be cheaper than what you can get now. Even though there is the $17.50 Killer Plan (which expires today), you have to take on a $6.95 system access fee, bringing the effective rate up to almost $25. Koodo, by contrast, has plans starting at $15 before taxes.

Along with this “major repositioning”, it is said that Fido will be unveiling a new logo (shown above, slogan is mine), maxing out at two-year contracts, keeping nearly all phones under the $200 price point, officially eliminating ECF when moving between Fido and Rogers, and a continued focus on adding data plans and value packs. For now, the iPhone plans and Full Fido plans will stick around for heavier users.

I’d imagine that all current Fido users, myself included, will be grandfathered into whatever plans they are currently using. Some are saying that migration to the new plans (sans SAF) may require some kind of fee. There are also rumors, in sharp contrast to the previous paragraph, that waiving of the ECF will no longer happen. Yes, I realize that is completely contradictory.

Looking to the Fido Future

Just as Telus did when it launched Koodo Mobile, you can fully expect Rogers to lay on heavy with a Fido marketing blitz. It’s not a new brand, but it’s a repositioning of an existing brand and they need people to get to know the new Fido.

I’m not a huge fan of limiting handsets to the cheapest of the cheap, but I do appreciate the shift to offering super affordable monthly plans. The elimination of the system access fee (SAF) is a major plus and will help Fido better compete against Koodo Mobile. This does explain the recent dropping of the Nokia E71.

It’s hard to say whether this is a good move for Rogers or not, but I am glad that they are finally thinking about giving the old pooch a bit more of an identity. Too bad it means a further move away from offering BlackBerry support and nicer smartphones.

UPDATE 11/04/08: Fido has officially been relaunched. You can read all the details here on the new plans, new logo, and the elimination of the system access fee.