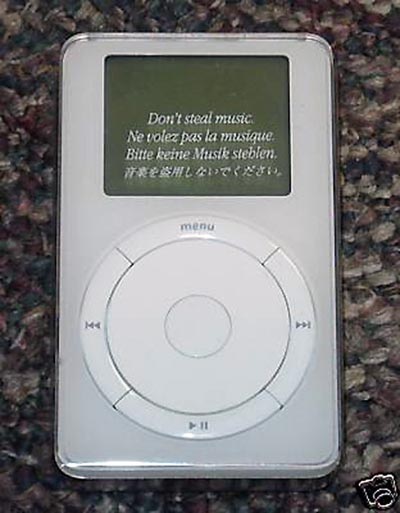 Want to own a piece of history? Over on eBay, you can find a first-generation Apple iPod for sale and the kicker is that it has never been used. Sure, RadioShack may be offering gift cards in exchange for busted tech, but those iPods have been abused and malformed. This one is mostly untouched.

This 5GB first-gen iPod has got to be pretty rare, because I don’t that anyone who owned an original iPod left it unused. It’s like those people who collect action figures and never take them out of the box.

Sure, you could spend the money on a shiny new iPhone 3G or something, but this is historical! Think of it as an investment (probably safer than money in the bank at this point). The eBay asking price is $499.99.