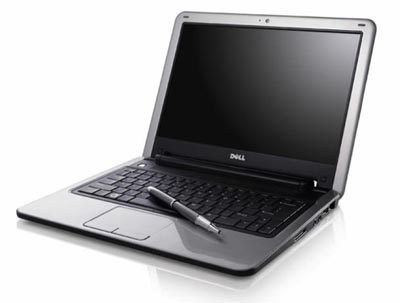 And the lines between what is considered a netbook and a notebook have just been blurred even further. We heard a rumor surrounding this new release a short while ago and now Dell has gone official with the Dell Inspiron Mini 12 netbook.

As its name implies, this little laptop comes equipped with a 12-inch display, making it the largest subnotebook out there. Up until now, the netbook market maxed out with 10-inch screens. So, how is this different than, say, the old Dell 700m? Both have 12-inch displays, but the Inspiron Mini 12 is a netbook whereas the 700m is a notebok.

I guess you could say that it’s the inclusion of the Intel Atom processor that categorizes this particular portable computer in the netbook niche. You get Windows Vista Basic a touch of RAM, a full-sized keyboard, and a standard hard drive (40/60/80GB). Prices start at $599, but this is a Japan-only release for now. A North American version is set for release late next month and that might come in your choice of Ubuntu Linux or Windows XP.