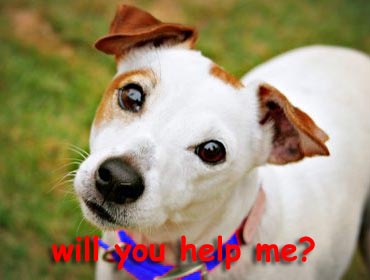 Like many other Canadians interested in the world of cell phones, I’m a little confused as to what Ted Rogers is trying to achieve with Fido. Back when Fido still had the backing of T-Mobile and was an underling of Microcell Communications, it represented a fresh and youthful approach to the mobile phone market. It rocked the HipTop (SideKick), charged you by the second, and had remarkably affordable plans. Sure, Fido had its hiccups back then, but the branding was clear.

That isn’t really the case any more, because since being purchased by Rogers Communications, the Fido brand has undergone a bit of an overhaul. It’s become the neglected little brother of Rogers Wireless, getting thrown table scraps and sloppy seconds. The phones that Rogers didn’t want for itself, it tossed in the direction of the dog.

Is Fido shooting itself in the foot? Is Rogers purposely trying to kill the Fido brand by offering it next to nothing of substance? Let’s take a look at what’s missing and what can be done to bring Fido back to its former glory.

It seems like every major cellular provider is getting loaded up with some pretty decent phones these days. Canada used to lag behind when it came to offering good handsets, but time’s are changing and they’re for the better. Telus is rocking the HTC Touch Diamond and Touch Dual, Rogers has the BlackBerry Bold and some Sony Ericsson Walkman phones, Bell is trying to keep up with the Samsung Instinct.

They’ve all got some decent offerings that will actually appeal to both the mass populace and people who are interested in something above the norm. What does Fido have? Aside from the Apple iPhone 3G, which it shares with big brother Rogers, Fido isn’t doing much. The Samsung Jack has hit the bargain end of the Windows Mobile spectrum and pundits are saying that the Motorola Q9h is on the way out.

Scanning through the rest of Fido’s lineup, you see a whole lot of blah. Even guys like Solo MObile have the LG Rumour and HTC 5800. They’re not the most exciting either, but they address an increasingly popular niche. Fido needs better phones, especially from the mid-range to the high-end. 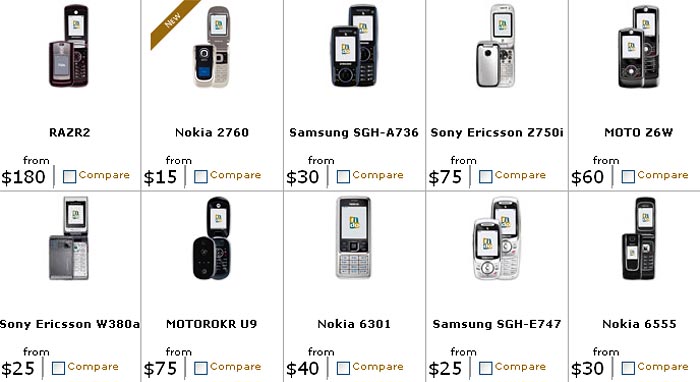 Straight to the Bargains

Maybe that’s not what they’re going for. Maybe Fido isn’t meant to approach the higher end of the spectrum when it comes to cell phone selection. That’s fine. If Fido would rather compete for the bargain-minded end of the equation, then it needs to better compete against Koodo Mobile on price plans.

Koodo Mobile, which is actually a subsidiary of Telus Mobility, gets rid of the system access fee and includes text messages with every plan. You can get started for just $15 a month. Yes, I know that Fido is currently offering the $17.50 “killer plan”, but then you have to tack on a system access fee. This killer plan doesn’t include any SMS, caller ID, or voicemail either.

Aside from the killer plan, which is only promotional, the cheapest plan from Fido gives you 200 anytime minutes for $20. Add on a system access fee, taxes, and the 911 surcharge, and you’re looking at about $30 a month. That’s not cheap enough to entice someone away from prepaid.

The Return of BlackBerry Connect?

Ever since Fido launched its Windows Mobile effort (which has largely been a flop for the company), it has ditched its support for BlackBerry Connect. The BB Connect service, in turn, was meant to replace the HipTop service that died some time back. As it stands, there is no major email service for Fido aside from the simulated push of Windows Mobile.

Heck, even bargain-minded Virgin Mobile (which does not do system access fees) is doing the BlackBerry thing with the Pearl. Some people say that if you want BlackBerry, you should join Rogers. Well, don’t you think Rogers is taking a pretty big gamble with that proposition. If a customer leaves Fido because of its lack of BlackBerry support, he can go to Rogers, Telus, Bell, or Virgin. Rogers is leaving itself with a 75% chance of losing a customer.

Budget-minded BlackBerry service could be good for Fido. It’ll appease the needs of quite a few subscribers.

Give the Dog a Fighting Chance!

Rogers, you need to give the dog in the yard a fighting chance and stop shooting it in the foot. Decide what you want to do with Fido and fly with it. It can step up to being a decent competitor in the marketplace with a better handset selection and voice/data plans to match. It can step down to being a budget-minded brand that competes against the Koodos and Virgins of the world. Pick one. You can’t be the budget brand with adequately budget plans.