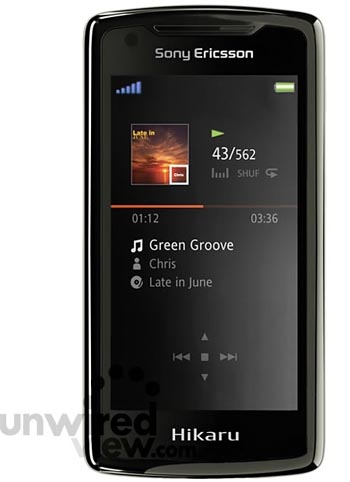 Everyone seems to be in love with touchscreens these days. We’ve got devices like the HTC Touch Diamond, LG Vu, BlackBerry Storm, and the iPhone 3G. More recently, the Nokia Tube made its official debut, but what about Sony Ericsson? That’s a pretty big phone company too, right?

Well, while there is yet to be a formal announcement on the matter, it seems that the Sony Ericsson Hikaru will be the company’s official competitor to the iPhone and other similar devices. It’s distinctly different than the QWERTY-packing Xperia X1, because the Hikaru (which will likely carry a different model name at launch) is a touchscreen-only handset. Or at least that’s how it sounds.

Rumored specs include an 8 megapixel camera and 8GB of internal memory. The picture here is just a mockup, so there’s no saying exactly how the Hikaru will look when and if it launches.