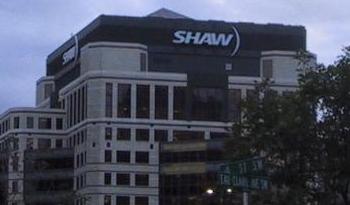 While a lot of people, myself included, have a tendency to equate Shaw with Rogers, they are still separate companies with semi-separate ambitions. Rogers Wireless may be dominating the GSM market in Canada for now, but Bell and Telus are joining the GSM fray soon. Thankfully for Rogers, it won’t have to deal with Shaw just yet.

In the recent Canadian Wireless Spectrum Auction, Shaw forked over $189 to win 18 licenses. The idea of this auction was to introduce more competition in the Canadian wireless market, but Shaw isn’t ready to compete just yet. Jim Shaw, chief executive of Shaw Communications, says that they’ll “continue to review our wireless strategy” and that they “believe our entry into this new market should be measured and prudent.”

So, they’re in the planning stages, but it doesn’t look like we’ll be seeing a Shaw Mobility or Shaw Wireless any time soon. You can read more about this on Yahoo.