The big thing about the Apple iPhone is that it comes with one of the best user interfaces found on a cell phone. By the same accord, companies like Asus and HTC are working hard to dress up Windows Mobile with creative skins of their own. When the Google crew sat down to create Android, they had the user interface at the forefront.

The eventual menu system and overall appearance that you see in Google Android was far from the only concept that the developers considered. What you see here are at least four other possibilities that didn’t quite make the cut. The pink one, aside from the color choice, is a little more conventional, whereas the top-right one has a carousel-like appearance.

In the end, I think these alternatives are too “busy” so the Google gurus went with the right choice, even if it is a little “raw” according to some early reviews. 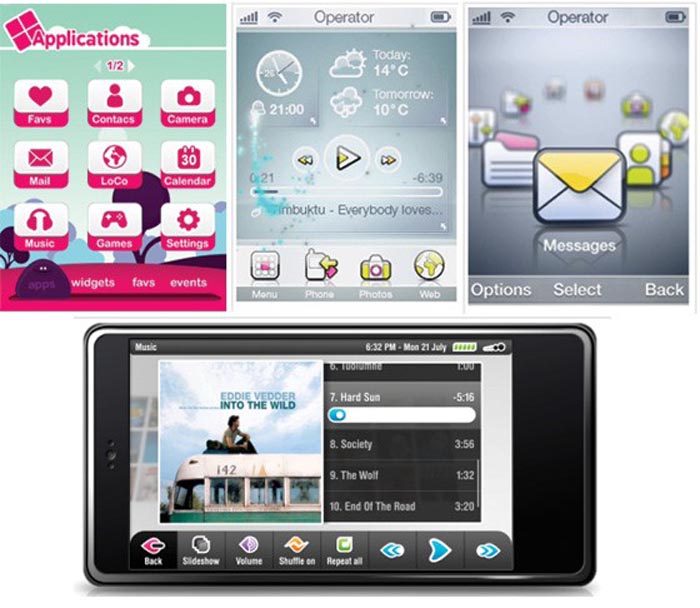