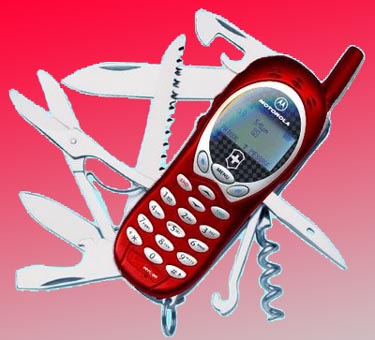 When you pick up just about any mobile phone these days, there’s a very good chance that the thing isn’t used only for voice calls. I’ve talked before about the Swiss Army Knife syndrome that is quickly emerging in the world of cellular phones, but what are the features that people use the most often beyond making calls? Have mobile phones gotten to the point where they are effectively replacing a number of other devices?

Do You Still Wear a Watch? Alarm Clock?

To get a sense of how everyone else felt on the matter, I asked the Twitter community how they used their cell phones beyond making regular voice calls and sending text messages.

One of the most common responses was that the phone served the exact same purpose as a wristwatch and then some. Matt Freedman said this, as well as some guy who calls himself LuxuryWatches.

Think about it. What are the few crucial items that you make sure you have on your person before you leave the house in the morning? You probably double-check that you have your keys (you do need to lock the door), your wallet, and… your cell phone. I’ve noticed that fewer and fewer people are wearing watches these days, because they have no longer become something that you absolutely need. Instead, their primary function has now been diverted to serving as jewelry, because you can tell time on your mobile phone. You carry your phone with you everywhere you go, right?

By the same accord, why would you drop $20-$50 on a decent alarm clock next to your bed? Your cell phone can do that too and it can wake you up (before you go-go) with your favorite custom ringtone or MP3 file.

Camera? What Camera? The Thing Next to the Flashlight?

Looking through the responses that I got from the Twitter community, very few people made mention of using a cell phone as a camera. Even though we got some pretty impressive camera phones coming out of the camps of Sony Ericsson, Samsung, and others, it doesn’t seem that people around here are nearly as interested. Maybe it’s because they’re still not impressed enough with camera phone quality to replace the standalone camera.

Carmen Hee takes pictures with her phone, but it’s probably more for those spontaneous shots than as a suitable replacement for a real camera. Interestingly, the aforementioned LuxuryWatches also says that he uses his phone as a flashlight. I’m guessing he doesn’t have an iPhone, though that large display could probably light up a decent area too. 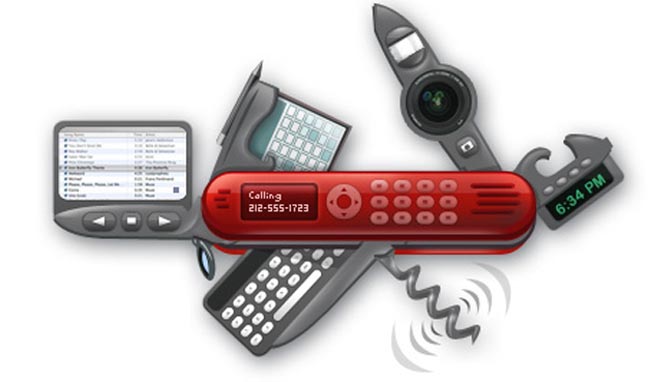 As wireless data becomes increasingly prevalent, the functionality of the Average Joe’s cell phone is quickly expanding as well. Michael Yurechko says that he enjoys all the “iPhone-like things”, referring to Twitter, surfing, GPS navigation, music, movies and more. Joshua Denney echoes this sentiment, using his phone for web browsing and “not getting lost.”

While a smartphone isn’t quite enough to replace your notebook computer just yet, there’s enough functionality and connectivity there to keep you satisfied when you are away from a computer. The GPS and multimedia functions are particularly popular, not just for entertainment but for actual utility as well. The same can be said about web surfing. Realistically speaking, most iPhone users probably burn through a lot more battery life listening to music, watching movies, and surfing the Internet than they do sending text messages and making calls. Oh, they’ll chat, but it’ll be through Twitter and instant messengers.

Should We Be Calling Them Coms Instead?

Cell phones aren’t just cell phones and it’s been proposed that we should call them “coms” instead, which is short for both communicators and computers. When you stop to consider all the mind-boggling things that you can do a phone these days — like jotting ideas on the go (theinsanewriter) and crunching numbers with the calculator function (Stephen Fung) — it’s not really fair to call them phones, is it?

Years ago, it was still a novelty to have a camera on a phone. It was crazy to play MP3 files. It was unimaginable to surf the HTML and Java-powered Internet. All of those things are now possible and reasonably affordable. How much further can we push this? At what point will we be able to replace all consumer electronics with a single device strangely named a “cell phone”?