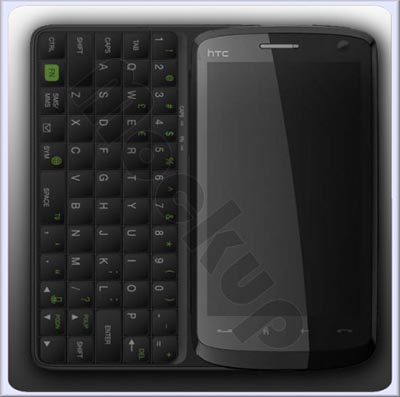 We were introduced to the HTC Touch Diamond and then it gained a QWERTY keyboard in the form of the HTC Touch Pro. It seems that the HTC Touch HD could be going through a similar transformation, emerging out the other side as the HTC Touch HD Pro. Then again, the naming scheme at HTC seems to dictate that there should be no more than one word following “Touch”, so this could take on a new name altogether.

Whatever the case, there is a rumor going around that HTC is working on a smartphone that would combine a slide-out QWERTY keyboard with the super high-resolution touchscreen found on the HTC Touch HD. The overall dimensions would be similar, though I imagine that the profile would be thicker to accommodate the sliding keyboard. Naturally, you still get that 3.8-inch WVGA display with haptic feedback, 5 megapixel camera, and HSDPA.

Should this rumor come to pass, we could be looking at the ultimate smartphone. It could be a little too bulky for some, but that’s the price you pay for over-the-top functionality.