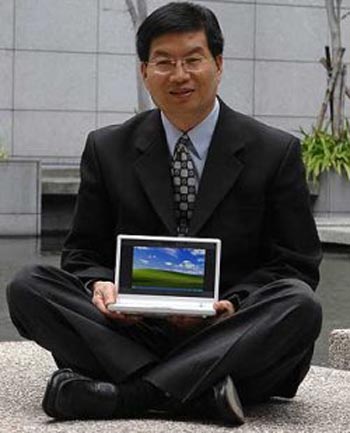 Good old Jerry Shen from Asus let loose with all sorts of confirmations when he sat down with Laptop magazine recently. Seeing how the company is now best known for its Eee PC line of subnotebooks, it’s not surprising that most of the news revolves around that little laptop.

For starters, you shouldn’t expect a Vista-powered Eee PC at any point in the future. Instead, Shen says that Asus will skip the current Windows operating system altogether. When they’re ready to move on from Windows XP, the Eee PC will get loaded with some version of Windows 7. Jerry also says that they’ve sold 4 million Eee PCs thus far, a sub-$250 Eee will be offered in the first half of next year, and two new models will be announced at CES 2009.

Oh, and if you’re wondering about the touchscreen Eee PC, the Asus CEO pointed toward a 2H 2009 launch of a Windows 7-powered touch Eee. The little netbook that could is getting pretty ambitious.