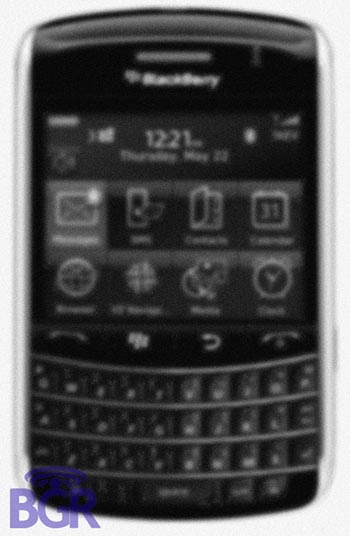 For now, it seems like the BlackBerry Storm (which you may remember as the BlackBerry Thunder) is going to be a CDMA-only affair in the United States, but that’s going to change shortly. Super secret spies have uncovered plans to reveal a new Storm-like device at WES 2009.

According to these reports, the rumored BlackBerry 9900 Pluto will look a lot like the current BlackBerry Storm, except it will come with full support for American HSDPA airwaves. This means that the 3G is not limited to just the 2100MHz band and it’ll have no trouble latching onto the HSDPA network from AT&T (and Rogers). There’s no word on an exact launch date, but we expect RIM to have more for us as we get closer to WES 09.

On a related note, Research in Motion is also working on the ultimate BlackBerry, combining a full QWERTY keyboard with a touchscreen display, shoved into a BlackBerry Bold-like form factor. More on that as it develops.