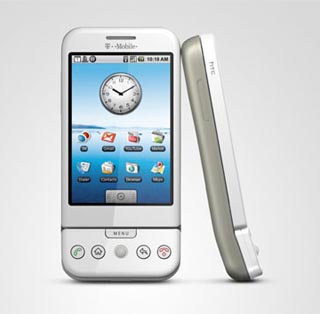 While most news outlets have been focusing on the American launch of the first Google Android phone, the United States isn’t the only place that you’ll find the T-Mobile G1. It’s not like you have to wait that long either, because T-Mobile in the UK has announced that it will start selling the G1 on October 30. That’s only two weeks away.

Yes, the United States seems to get first dibs on Android, but a couple weeks late for the United Kingdom doesn’t sound all that terrible at all. As you recall, the T-Mobile G1 (made by HTC) gets a large touchscreen, full QWERTY keyboard, and high-speed Internet access. T-Mobile UK says that there are already 25,000 people pre-registered for the G1.

The kicker is that while Americans have to fork out some cash to get the T-Mobile G1, UK customers don’t. If they opt for a T-Mobile Combi or Flext price plan (starting at 40GBP a month), they can get the G1 for free.