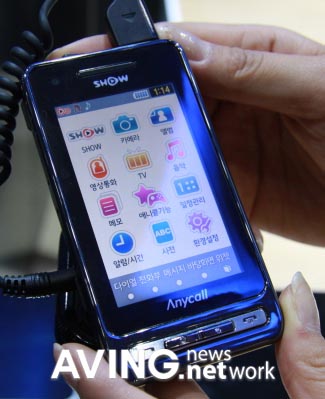 It certainly did not start with the Apple iPhone, but the recent popularity of touchscreens can largely be attributed to Cupertino’s creation. Not to be outdone, Samsung has been pumping out more than its fair share of touchscreen phones, including the Armani, Instinct, and Omnia. Going further is the new Samsung W600.

No, the Samsung W600 does not appear to get the same sexy name treatment as some of its touchscreen brethren, but it is equipped with HSUPA, providing uplink speeds as high as 5.76 Mbits/s. Not bad at all. Other features include a 3-inch 800×480 touchscreen with haptic feedback, 5 megapixel camera, and T-DMB mobile TV.

Unfortunately, this speedy devil looks to be yet another Korea-only number. Expect the Samsung W600 to ship next month for about 800,000 KRW.