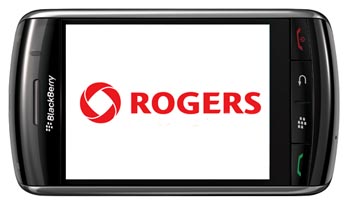 Even though the only official versions that we’ve seen lean toward the CDMA side of things, there’s word on the street that Rogers Wireless could be unleashing the BlackBerry Storm onto the GSM-fueled Canadian masses before Christmas of this year.

Yes, we’ve seen the BlackBerry Storm with dual-mode CDMA/GSM and we caught inklings that Rogers would be nabbing its own version of RIM’s first touchscreen smartphone, but we didn’t know that it would be so soon. Bell and Telus are getting the Storm, so why can’t Rogers do it too?

Up until today’s rumor, the only confirmed GSM provider to nab the BlackBerry Storm has been Vodafone. Will Rogers get the Storm before year’s end? We’ll just have to wait and see.