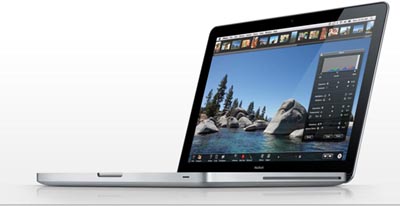 The Mac platform has never really been known as a place for playing computer games, but it seems that the newest generation of Apple MacBooks is perfectly capable of satisfying casual gamers. You’ll need to find some compatible games (or run them through BootCamp), but those upgrades make it a worthy system.

Most notably, the new 13-inch aluminum MacBooks come with discrete graphics, rather than the integrated Intel graphics that they had before. The NVIDIA 9400M is far from a high-end GPU, but it should be able to handle occasional gaming on the go. In the clip below, you can watch as Warhammer Online runs on the new two-toned MacBook.

The game, as you can expect, runs through a 32GB Windows XP partition rather than through Mac OS X. That makes sense and while Warhammer is a reasonably graphic-intense game, the Mac is able to hold its own. Can Apple play games beyond Diner Dash and Bejeweled? I think so!