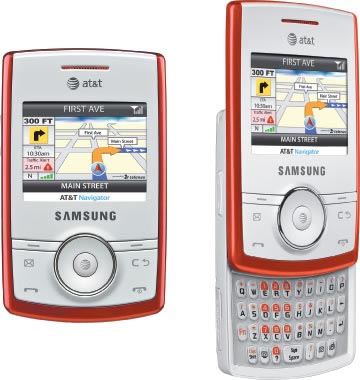 Not satisfied with just two new QWERTY phones, AT&T has added yet another QWERTY-packing handset to its lineup in the form of the Samsung Propel. This phone is pretty different from what you would normally expect. Yes, the Slate is skinny and the Matrix is doubly-useful, but the Propel is creative.

While closed, the Propel actually reminds me of a SanDisk Sansa MP3 player, but you can slide this phone open vertically to reveal a full QWERTY keyboard. In this way, it’s got some similarities to the T-Mobile Shadow, except the Shadow only does SureType; the Propel has full QWERTY.

The entertainment-minded handset also includes instant messaging, Mobile Email, AT&T Navigator, CV, AT&T Video Share, AT&T Mobile Music, and a 1.3 megapixel camera. It’ll come in a variety of colors and sell for $79.99 with a two-year contract. Look for it later this month.