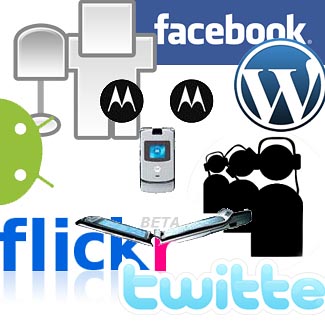 HTC is not the only manufacturer to create Android phones, because Motorola is reportedly working on a handset of its own that is powered by Google’s smartphone platform. While the T-Mobile G1 seems to approach the messaging end of the equation with its QWERTY keyboard, the Motorola take on Android may have a slightly different focus.

From what we hear, Motorola wants its Android-based cell phone to serve as a mobile hub for all of your social networking needs. Dubbed the “new Android Social Networking SmartPhone”, this handset will presumably provide quick and easy access to such services as Twitter, Flickr, WordPress blogs, Facebook, Digg, and so on.

This is a distinctly different approach than most handsets, because social networking usually falls into the hands of third parties after the fact, rather than being considered right from the get-go. The mobile lifestyle has us more connected than ever and Motorola wants to capitalize on that.