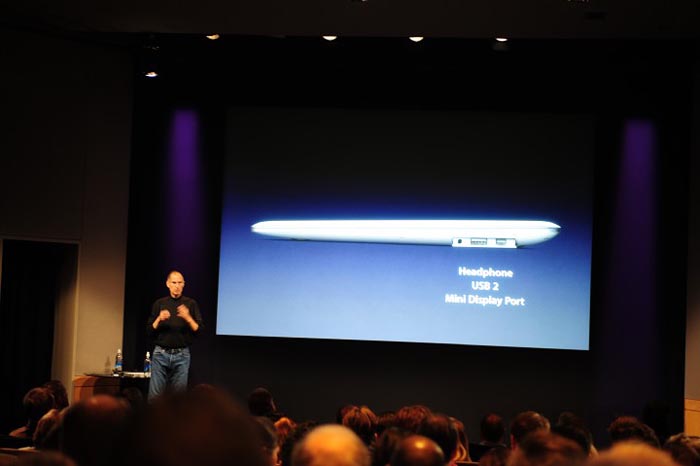 You may have heard about Apple’s little laptop event that is going on today and it should be filled with all sorts of notable announcements. One of the unveilings at today’s Apple event is the updated MacBook Air. As expected, the Cupertino crew did not recreate the MacBook Air altogether; instead, they just gave it a specs bump.

For starters, the graphics capabilities are now four times faster, thanks to the inclusion of the Nvidia 9400m chipset. This way, you won’t lug behind quite as far when you’re doing graphic-intense tasks. The regular hard drive has also been bumped up to 120GB and the solid state drive option now comes with a 128GB SSD instead of the current 64-gigger.

Strangely, the processor and RAM numbers remain identical to the current offering, but at least the price stays the same. Unfortunately, if you look around to the side, the poor MacBook Air still only has one USB port. The price you pay for slim, I guess.