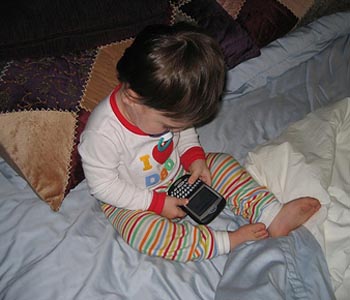 Can you even begin to imagine a world without cell phones? Think about that for a moment. It wasn’t that long ago that the moment you stepped out of your home or office, you were effectively unreachable through the modern means that we use today. Sure, you could call home by finding a pay phone (remember those?), but if someone wanted to call you, they simply could not do it.

Somewhere along the line, people started to adopt mobile phones. By and large, the only people who would make that kind of investment were the people that used the phones for business. Some folks who wanted to be reachable but didn’t want to give that big of an investment may have opted for a pager. Even then, the vast majority of people opted out of being always connected. My, how times have changed.

Not Just a Cell Phone

I don’t have the exact statistics in front of me, but the vast majority of people living in developed nations have a cell phone. They may not all be power users and some may go with the cheapest pay-as-you-go plan as possible, but a mobile phone has quickly become a necessity. It’s not just for business users, because soccer moms, regular Joes, and even teenagers have come to rely on their cell phones for communication. It’s partly piece of mind for loved ones, partly a form of modern convenience.

And then Research in Motion came along and introduced the corporate masses to push email via the BlackBerry. You could not head into a business lunch, board meeting, or any other interaction with a corporate type without them whipping out the ‘Berry with every notification of an incoming message. That’s the origin of the term “CrackBerry”, as you know, as these corporate users became incredibly addicted to their mobile devices, itching for the next fix.

But it’s not just corporate users anymore. Text messages, wireless email, and lower data costs have driven these “conveniences” to the consumer market as well. You’ve got the iPhone, HTC Touch Diamond, BlackBerry Pearl, and a number of other hyper-connected devices. Are we too connected for our own good?

Even in Canada where wireless data is nowhere near as affordable as some other parts of the world (things are slowly changing for the better), a growing population has come to rely on being able to surf the web anywhere. No longer do you need to crack open your laptop at the local Starbucks, because the iPhone in your pocket is just as capable of checking your email, looking into movie showtimes, and updating your Twitter status. Oh, and let’s not forget about MySpace, Facebook, instant messengers, and all sorts of other ways to stay connected.

Never before in human history have we been so hyper-connected to everyone else in the world at every moment of the day. The moment you pose a question through Twitter or update your status on Facebook, hundreds of people are notified and may respond in some way. The private life has become public and you are always accessible to anyone who wants to reach you. The cell phone is the source of text messages, IM, email, and more. Oh, and they can call you too.

Is this a good thing or a bad thing? After seeing what can happen to Wall Street types when it comes to owning and using a BlackBerry, are we about to enter an era where everyone is equally addicted to their mobile devices. We don’t just use our cell phones for voice calls anymore, as you know, and as more people get in on the mobile web and wireless data, this trend will only amplify. Or have we already entered this newfound era of ultra-connectivity?

Just Think It And They’ll Know

Given the progression of technology and the path that we are taking, it doesn’t seem like it will be long before the minds of the masses all become hyper-interconnected. Just think a thought and it will automatically be broadcast to the world through a cerebral Twitter. We’re not that far off, because you’re already carrying around access to the entire world in the palm of your hand. It’s not the iPhone. It’s iSociety in the iPalm of your iHand. We’re all iConnected.