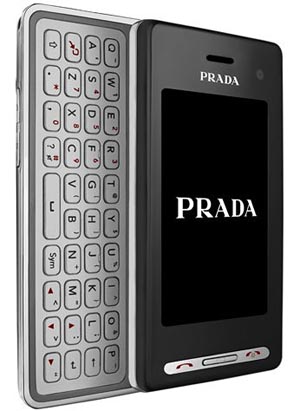 Although I certainly appreciate their aesthetic appeal, I’m not a huge fan of phones that rely solely on a touchscreen interface. I guess the people at LG feel the same way, because the successor to the first LG Prada phone is going to have a physical keyboard to boot.

The appropriately named LG Prada II takes on a form factor that is nearly identical to its predecessor, except there happens to be a physical QWERTY keyboard that slides out of the left side. This is similar to certain HTC smartphones and LG’s own LG Rumor. Among the rest of the specs on the Prada II are HSDPA 7.2Mbps, Wi-Fi, HTML web browser, and a 5 megapixel camera with a Schneider-Kreuznach lens.

No word on price for this phone, but we hear that the LG Prada II will launch in Italy, France, UK, Germany, Spain and the Netherlands in Q4 of this year.