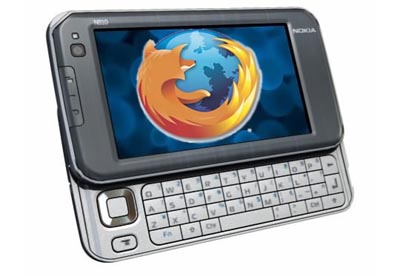 Yeah, the Mozilla guys may be feeling a little down since Google released its own Chrome web browser. After all, Google was one of Mozilla’s biggest supporters. Oh well, you live and you move on, and that’s exactly what that crew is doing.

You may have heard about the development of Firefox Mobile web browser for cell phones, smartphones, and other mobile devices. Well, it seems that the first device to get Firefox Mobile is the Nokia N810 Internet Tablet. This is according to PC Advisor, who says that the alpha version of the mobile browser will be designed initially for Windows Mobile devices over the next few months as well.

The Nokia N810, although not based in Windows Mobile, has a pretty big developer community, so they’ll gladly provide feedback to the Mozilla team. Just don’t expect the beta to come out until next year.