Could the next generation of BlackBerry smartphones be powered by Windows Mobile? If market conditions continue to do what they’re doing, this could become a very distinct possibility, according to some industry experts. Yup, pigs are growing wings and they’re flying all over the place.

In the last four months, Research in Motion has suffered a 45% reduction in stock value. Despite having such a huge market share and terrific devices like the BlackBerry Bold, it seems that RIM is going through some tough times and they may be open to getting bought out. Industry experts are saying that a Microsoft takeover is likely.

Reportedly, Microsoft has a standing offer to RIM at $50 a share if the market price drops to $40 (it’s currently at about $67 and dropping). Would we see WinMo on a ‘Berry? The BlackBerry OS on an HTC or Palm? Maybe. Just maybe. 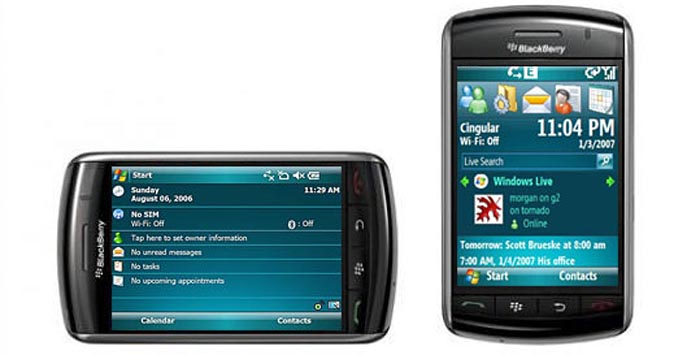