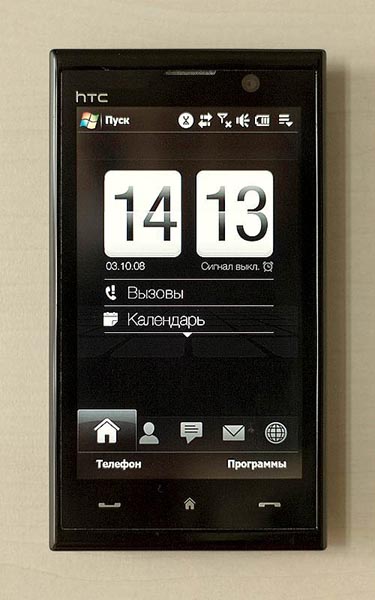 The super high-resolution display on the HTC Touch HD is pretty crazy, but maybe you’re not a fan of the rounded corners. Maybe you want a faster wireless connection. Maybe you want something like this new HTC T8290.

For most intents and purposes, the leaked HTC T8290 smartphone could very well be the most powerful HTC smartphone to date, especially when you consider that it is the company’s first WiMAX-enabled handset. You can add a 3.8-inch WVGA touchscreen to that mix as well, though you won’t get a physical keyboard.

HTC has officially noted that the Touch HD will not be coming to NOrth America, but the squared-off and WiMAX-touting HTC T8290 could prove to be a very suitable alternative. As it stands, the plan is the launch the phone on Russia’s Yota WiMAX network.