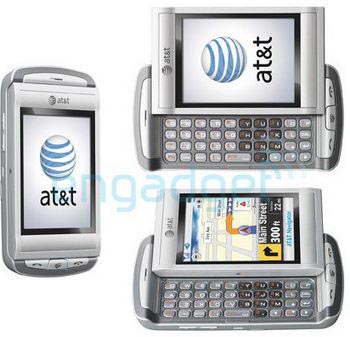 Well, I say that with my tongue firmly implanted in my cheek, because it’s not completely true. AT&T is indeed adding a new phone to its lineup a little later this month and it bears a striking resemblance to the form factor popularized by the Danger-powered Sidekick line and, more recently, somewhat demonstrated by the T-Mobile G1.

Dubbed the AT&T Quickfire, this text-happy handset is actually a rebranded phone manufactured by the giddy folks at UTStarcom. You get a large display (not sure if it’s a touchscreen) that can slide off to the side to reveal a sunken-in QWERTY keyboard. This is clearly designed with mobile messengers and email senders in mind. It also happens to have a built-in GPS receiver.

Word on the street is the Sidekick-like AT&T Quickfire will sell for $99.99 on a two-year contract. If you’re not digging the silver version shown here, they’re saying that green and orange versions will also be made available.