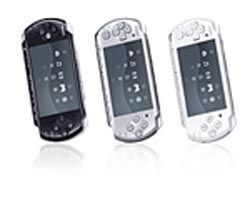 Ever since Apple launched the App Store for the iPhone 3G, it seems like every other handheld wants the ability to download new applications on the fly. The T-Mobile G1 is getting the Android Market, BlackBerry users are getting a similar option, and the Nintendo DSi is getting DSiWare via an online store too. The PSP is the latest product to join the downloading gang.

The Sony PlayStation Portable already has integrated Wi-Fi and it’s capable of grabbing content from the Internet, so it’s a natural extension for a PlayStation Store to be offered through the PSP as well. Is Sony following in the footsteps of Nintendo’s DSi or was this in development for some time? We can’t say for sure.

The PSP-geared store will open its virtual doors in Japan on October 15 (next week), providing gamers with access to “all sorts of downloadable content and service.” This could be a great way for Sony to push PSone titles to the PSP, I’d say, just like we have Xbox Live Arcade and the Wii Virtual Console.