There simply is no denying that the BlackBerry Storm, at least in part, was inspired by the Apple iPhone. It certainly doesn’t help when Vodafone shows off the Storm with an iPhone operating system instead of the BlackBerry one.

You have to admit that this is pretty funny. The BlackBerry Storm pages have been erected on the Vodafone site and it clearly displays RIM’s first touchscreen smartphone running Apple’s mobile OS X. Better still, the handset has already been jailbroken.

How can such a mistake be made by the Vodafone/RIM marketing crew? Or is this foreshadowing the pending launch of an AppleBerry? The BlackBerry iStorm? That’d be sweet. 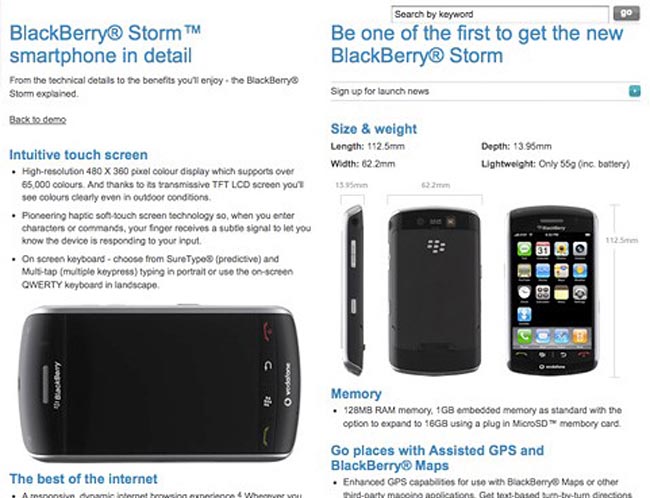