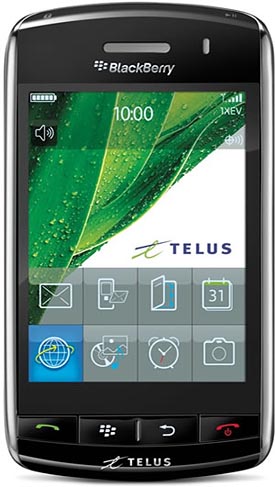 A short while ago, I told you about a bidding war between Telus and Bell over who would get Canadian exclusivity on the BlackBerry Storm. It seems that battle is now complete, because Telus has formally announced that it will be bringing the BlackBerry Storm 9530 into the excited hands of Canadians across the country.

As you know, the BlackBerry Storm — which you may have previously known as the BlackBerry Thunder — is the first touchscreen BlackBerry smartphone from the people at Research in Motion, a company that also happens to be Canadian. Among the notable features on the Storm 9530 are the 3.25″ touchscreen, virtual QWERTY and SureType, 3G connectivity, 3.2 megapixel camera, 1GB of memory, and microSD expansion.

Telus hasn’t made any firm comment on how much the BlackBerry Storm 9530 will cost, but they are promising that it will launch in time for the holiday shopping season.