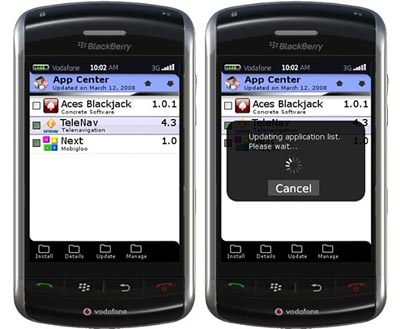 It seems like a storm is brewing and it’s not the kind that will rip the roof off your house. Instead, it’s the one that’s going to get you to blow your top. According to the kindly folks at Time.com, Research in Motion plans on making a formal announcement concerning the BlackBerry Storm this Wednesday.

We’ve already seen plenty of information leaked out from Vodafone and Verizon, so it’s not like RIM is going to throw its first touchscreen-equipped smartphone out from left field, but it is good to see more official confirmation from the BlackBerry-maker. RIM declined to comment on the leaked Storm info, but Time expects RIM to spill the beans on Wednesday.

Does Time.com have some information that the rest of us don’t have or is it simply following in the footsteps of the countless tech blogs already covering the launch of the BlackBerry Thunder Storm?