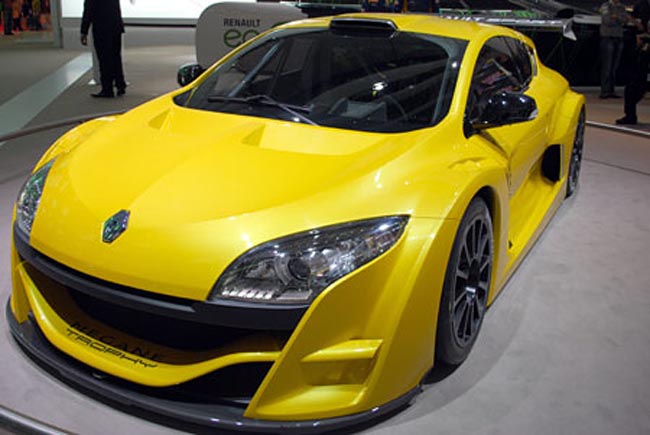 When I think of the cars by guys like Citroen and Peugeot, I am reminded of the rally race circuit. Taking on more of a road race appearance is the Renault Megane Trophy concept car. This is pretty freaking aggressive, I’d say, rivaling the outlandishness found in some of Mazda’s recent concept cars.

Being showcased at the Paris Motor Show, the Renault Megane Trophy Concept comes powered by a Nissan-sourced 3.5L V6 and I have the burning suspicion that it comes from the 350Z, especially given the overall styling cues found in this car. The difference is that the engine is mounted midship, much like certain Italian and German supercars. The V6 produces an impressive 360hp through its six-speed sequential transmission.

Can you imagine if this car makes it to production, even in a slightly toned-down form? Crazy hot!