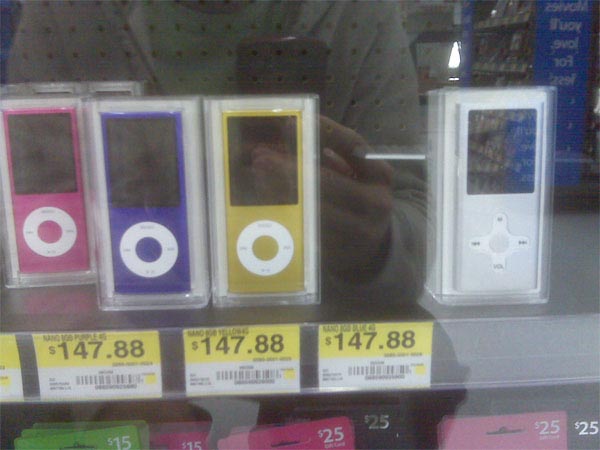 If you’ve ever wondered why Wal-Mart is able to offer “always low prices” compared to some of its competitors, wonder no longer. Yes, the wage at Wal-Mart isn’t the best, but it seems that the superstore is also getting into the habit of pawning knockoffs as the real thing.

Spotted by Gizmodo reader Mitchel Jones, here is a generic MP4 player being displayed right next to the real Apple iPod nano 4G, being priced and sold as if it were the real thing. Now, it’s unlikely that Wal-Mart did this on purpose. The more likely scenario is that someone bought the real one, swapped it for the thinly veiled clone, and returned it through an unsuspecting store clerk. The net result is a real nano for the price of a piece of crap.

Worse still, when Jones tried to inform the Wal-Mart staff of the mixup, they just didn’t get it. I hope some poor sap doesn’t pay full Apple price for that $10 MP4 player.