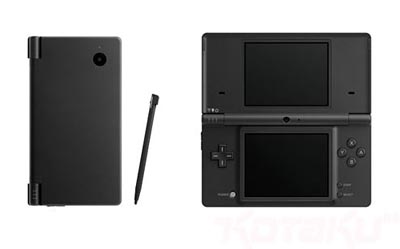 I’m probably going to sound a little old by saying this, but I remember when a cell phone was just a cell phone. I remember when an MP3 player was just an MP3 player. These days, the lines aren’t nearly as clear, because the concept of convergence is quickly picking up in popularity and people simply are not satisfied with dedicated devices anymore. No matter what they are buying, it seems that the public is demanding an ever greater level of integration, convergence, and multitasking. It’s like the Swiss Army Knife, but for technology.

Perhaps the area where convergence is the most prevalent is in the mobile phone market. As I mentioned, years ago, a cell phone was just a cell phone. You used it to complete phone calls, just as you would with a landline at home. It really served no other purpose, other than possibly serving as some sort of status symbol.

Somewhere along the line, we were introduced to a bevy of new cell phone features that quickly expanded the core voice call functionality. We got text messaging. We got rudimentary mobile games. (Who can forget Snake?) More recently, we’ve been getting all kinds of phones with cameras, full web browsers, music players, video players, GPS navigation, health monitors, and who knows what else.

For some people, all of these features are huge selling points. Take the Apple iPhone, for example. This is probably the best prototypical example of convergence, because the mass populace is very pleased with the ability to use the iPhone as not only a voice device, but also as an iPod, as a full HTML web browser, a gaming platform, a GPS navigator, a tip calculator, a wireless router… with the App Store in full tow, it’s impossible to imagine just how much further it can go. I imagine the Android Market will do much the same for Google Android and the T-Mobile G1.

They’re not just phones. They’re full entertainment and productivity tools in the sweaty palms of our hands.

Even Nintendo is Doing It

Up until the announcement yesterday, Nintendo has largely managed to keep itself out of this emerging trend. The Nintendo DS is a gaming platform first and foremost, unlike the Sony PSP which is marketed as a full entertainment platform. The Sony PSP is meant to not only play games, but also videos, music, photos, and more. Nintendo’s outlook changed with the introduction of the Nintendo DSi (pictured above).

With the announcement of the DSi, Nintendo has started to do some major convergence as well. The DSi comes not only with the ability to play DS games, but it boasts dual cameras, embedded memory, SD expansion slot, and an integrated music player. I don’t know about, but I’m not all that interested in taking pictures and listening to tunes on my Nintendo handheld. Then again, many people said the same thing about cell phones not that long ago.

It’s Still a Camera Phone and Not a Phone Camera

The more functions that you pack into a device, the more likely that each of the individual functions will be less than stellar. While quantum leaps have been made in its development, a camera phone is still not as good as a standalone digital camera and a proper mobile phone. Yes, the guys at LG, Samsung, Nokia, and just about everyone else are pushing the multi-megapixel envelope with their camera phones, but in my experience, they still don’t stand up to standalone digital cameras.

A picture taken with a proper five megapixel camera will usually be better than the same picture taken by a five megapixel camera phone. There are all sorts of things that go into this equation, like the size (and quality) of the lens, the optics involved, the software, and the user interface. Many camera phones don’t have as many scene modes, manual settings, and other adjustments than their standalone counterparts.

Realistically, camera phones will never fully catch up to digital cameras, because as the former progresses in technology, so does the latter. It’s like trying to chase your tail. The same can be said about standalone MP3 players.

Looking to the Future of Mobile Devices

There’s no stopping it. As the public (myself included) continues to demand portable electronics that do more than a single function, the manufacturers will continue to push the limit and attempt to fill the void. We don’t want just a music player. We don’t want just a camera. We don’t want just a phone. We want something that can do it all (and do it well). With this in mind, it is becoming increasingly difficult to categorize any single product into a single category. Is the iPhone a phone, a music player, a web surfer, or a handheld gamer? It’s all of the above.