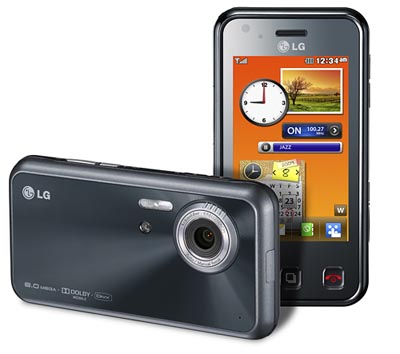 The LG Vu is geared toward people interested in mobile television, but what about the shutterbugs in the audience? They can turn to the recently revealed LG Renoir, a touchscreen-equipped phone that happens to boast an 8 megapixel caera.

Previously known as the LG KC910, the LG Renoir takes on that familiar touchscreen candybar form factor that seems to be all the rage these days. The 3-inch screen makes for a great preview area for the integrated 8 megapixel camera. The cool thing is that you can tap on the display to select what to focus on. This is called Touch Shot.

Other features include Wi-Fi, aGPS, 3G, DivX support, and Dolby sound. Should Apple be worried?