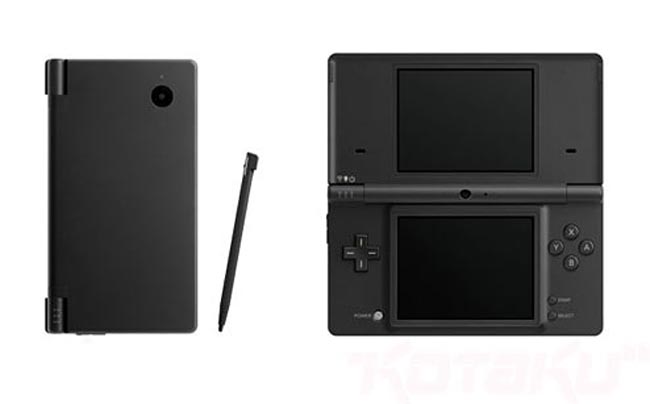 Nintendo decided to opt out of the Tokyo Game Show this year, so all eyes and ears were turned to the Fall Press Conference. For good reason! Nintendo has just announced the successor to the current Nintendo DS, dubbing it the Nintendo DSi. Well, it’s not completely true that this is the successor to the current DS Lite, because Nintendo is saying that they will go with a three platform strategy. Mind you, this was the same thing they said when they first introduced the DS and look at what happened to the Game Boy Advance!

It seems that most of the predictions going into the press conference held up. The Nintendo DSi boasts dual cameras, music playback functionality, 17% bigger displays (3.25-inches each), a thinner profile, audio enhancements, and the ditching of the GBA slot. As I discussed yesterday, Nintendo also announced a new Wi-Fi store where people would be able to buy games for the DSi. These can be stored either on the new internal memory (capacity not mentioned) or via the new SD memory card slot.

Pricing for the DSi Shop, the Wi-Fi place where you can download DSiWare, has been set at free, 200 points, 500 points, and 800 points. These points are the same as Wii Points, which have now been renamed Nintendo Points. Look for the Nintendo DSi to ship on November 1 in Japan for 18,900 Yen ($180). It’ll launch in other markets some time next year.