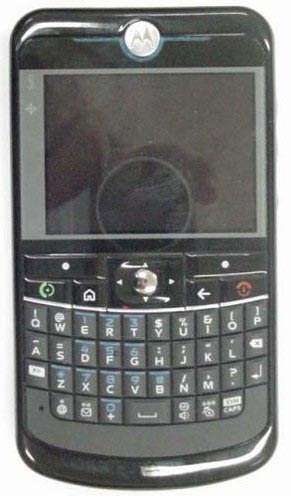 Doesn’t Motorola know that doing the high-speed 3G thing is all the rage with kids these days? What are they thinking by outfitting the upcoming Motorola Q11 smartphone with a paltry EDGE connection? Take this as a rumor from an unconfirmed source, but they’re saying that the Q11 will not have any UMTS or HSDPA support, opting instead for just EDGE. That can’t be good for power users.

Thankfully, if you want something a little faster than EDGE, the Motorola Q11 will at least come with an integrated Wi-Fi radio, so you’ll be able to surf a little faster when you are in the presence of a hotspot. When you are out on the road, however, you’ll slow back to the crawl known as EDGE. This is not an upgrade from the Motorola Q9h in the strictest sense then, so it could be the Q11 is tackling a slightly different part of the market.

There is at least one upgrade over the Q9, however, and that comes from the 3 megapixel camera. Realistically, you probably won’t even notice the difference there.