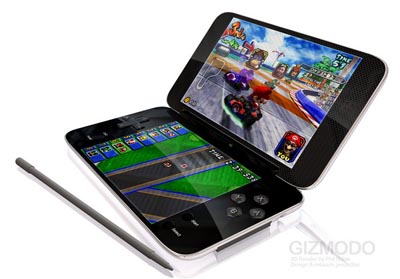 Nintendo has scheduled a press conference in Japan for later this week and all the industry pundits are saying that Nintendo will use this opportunity to introduce the successor to the current Nintendo DS Lite. You may have heard these rumors already, but we’re still left wondering exactly what the next portable gaming handheld from Nintendo can bring.

The two biggest rumors surrounding the next-generation DS are the inclusion of an integrated webcam (of unspecified resolution) and a built-in multimedia player. For all intents and purposes, it seems that Nintendo is trying to recoup some of the market share it may have lost to other handhelds, like the iPhone and PSP, that already come with more multimedia features beyond just gaming. No, Nintendo isn’t worried just yet, but you can think about it as a sort of preemptive strike. It’s arguable whether the iPhone is a viable gaming platform alternative to traditional handhelds like the DS and PSP, but it is starting to infringe on that market.

I can see how an integrated camera can open up new gameplay possibilities in games, just like what the EyeToy did for the PlayStation and what a number of PC games can do with your webcam. For example, it wouldn’t take much to have a new Animal Crossing game that had your on-screen avatar feature a snapshot of your face rather than a generic animated face. With Animal Crossing: City Folk for the Wii, you get to use your Mii’s face, so why not use your real face by way of a webcam.

That’s all well and good, but there’s one feature that has largely been missing from the DS thus far and it’s something that I would really like to see in a future iteration: downloadable content. Gaming is all about being online and being able to grab updates to existing games. Guitar Hero III for the Wii was crippled by its lack of DLC, but that’s changing with Rock Band 2 and Guitar Hero World Tour. Why can’t Nintendo do the same for its popular handheld.

I can hear some of you already. “But the Nintendo DS can already use download play and it can grab demos from DS Download Stations.” That may be true, but as soon as you shut off your DS Lite, the downloaded content disappears. It doesn’t stick around, like how WiiWare or Wii Virtual Console games stick around. It’s not the same experience as Xbox Live Arcade.

The Storage Issue on the DS Lite

As you may or may not recall, the Opera web browser for the Nintendo DS comes with a memory pack that goes inside the GBA slot. This is a RAM booster more than anything else, so it may not be necessarily useful for our DLC purposes. I don’t know if Nintendo would be up for it, but can you imagine if the DS redesign came with an SD slot in place of the GBA slot. 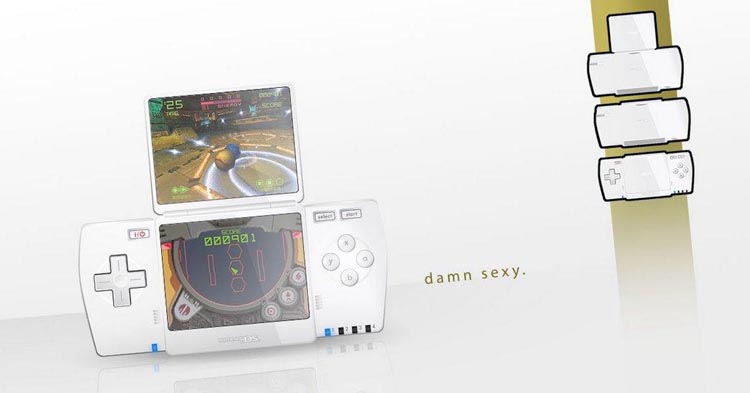 It has been rumored that the new DS will ditch the GBA slot altogether, but it wouldn’t take much to replace it with an SD slot. The Nintendo Wii can use its SD slot for storing content, so I don’t see why the DS Lite2 can’t do the same. I also realize that homebrew carts have been around for almost as long as the DS itself and many of these make use of microSD memory cards. Nintendo will have to be careful about the software pirates, but that’s always the case.

In terms of delivery options, Nintendo can take one of two routes if it wants to bring DLC to the DS. First, they could set it up as part of the Wii-DS connection, getting you download the games on your Wii and then transferring them as needed to your DS. This allows for a more robust user interface and pure integration into the existing Wii Shop Channel. The alternative, which I think would be better, would be to have an interface right on the DS. It already has built-in Wi-Fi, so why can’t it take advantage of a similar configuration as the iPhone App Store.

Either way, this opens up lots of opportunities for the equivalent of WiiWare on the DS, a perfect platform for casual games. People may not feel inclined to throw down $30 for Feeding Frenzy, Diner Dash, or Zuma on a DS cartridge, but they may be interested in spending $10 on a downloaded version instead.

Do it, Nintendo. The DS should have DLC.