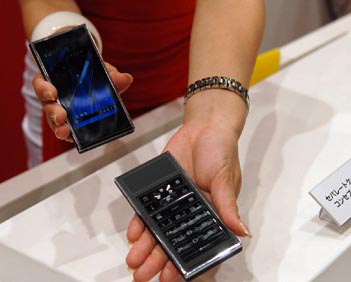 You have to be pretty creative when it comes to cell phone design if you really want to stand out from the crowd and, well, Fujitsu is really sticking out from the crowd with its latest creation. Teaming up with NTT DoCoMo of Japan, Fujitsu has a concept phone that is actually comprised of two separate pieces.

There’s one half that contains the primary display and then there is a second component that contains the keyboard. The touchscreen will automatically adapt to the situation, offering a virtual keyboard, numeric keypad, and game controller as needed. The two pieces are held together using magnets and they are connected via Bluetooth. Dubbed the Separeeto Keitai (Separate Handset), this phone is pretty original I’d say.

I’m just not so sure that it would be useful, seeing how each half is almost as big as a standalone cell phone. At least they’re thinking outside the box.