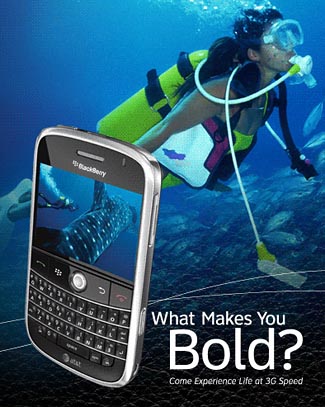 Even though the BlackBerry Bold is widely available in Canada already, Americans aren’t quite so lucky when it comes to RIM’s latest QWERTY creation. That’s finally about to change, because AT&T has reportedly started to send out invitations for its official launch parties across the nation.

There are several launch parties that will be taking place at various locations across the country, ushering in an era of BlackBerry Bold dominance in the business smartphone market. Maybe. Maybe not. In any case, the Bold parties are scheduled for between October 15th and October 30th. I assume that they’re not planning a Halloween-themed party for the 31st, but I could be wrong.

Given the dates for these launch parties, an official commercial launch for the Bold on AT&T could be in store for some time in November. That would be in line with most current rumors, unless AT&T wants to pop it out a little early.