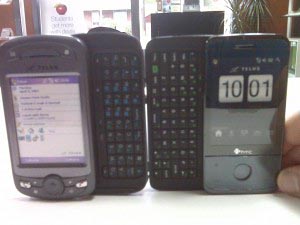 We haven’t heard any sort of official word directly from Telus, but the insider reports are saying that the launch is this week. You’re probably already familiar with the specs on this Windows Mobile 6.1 smartphone, including its slide-out keyboard and slender profile, so I won’t dive too deep into that. What I will tell you is the much anticipated price on the Telus HTC Touch Pro.