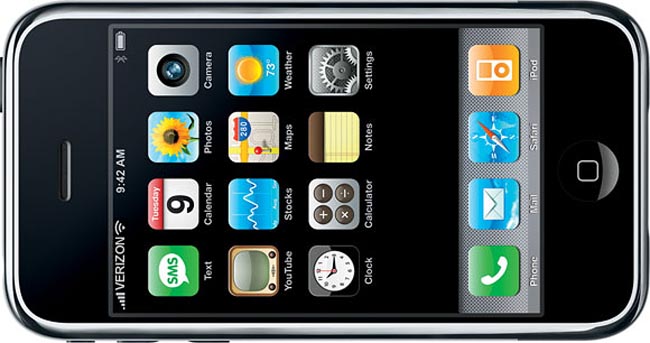 Generally speaking, CDMA versions of cell phones can come months, even years after their GSM counterparts have hit the market. That’s what happened with the Motorola RAZR when it was first introduced and it’s what happens with a lot of BlackBerry models as well. As it stands, the Apple iPhone is a GSM-only affair, but that could be changing as soon as next year. Yup, we could be in store for a CDMA iPhone too.

The current rumors are pointing toward an official unveiling at MacWorld 2009 and, by most accounts, the CDMA version will be much the same as the GSM variant. It’ll still do the multitouch thing and lack a standard keypad. Naturally, the 3G high-speed data part of the equation won’t be left out either, supplanting HSPA in favor of EVDO.

Before talks broke down, Verizon Wireless was supposed to get the iPhone deal, so a CDMA iPhone is not out of the question. It just so happens that the rumors are ramping up again. I’d imagine that Telus and Bell would want a piece of this as well, even if they’ve been hyping up the Diamond and Instinct in the absence of a CDMA iPhone.