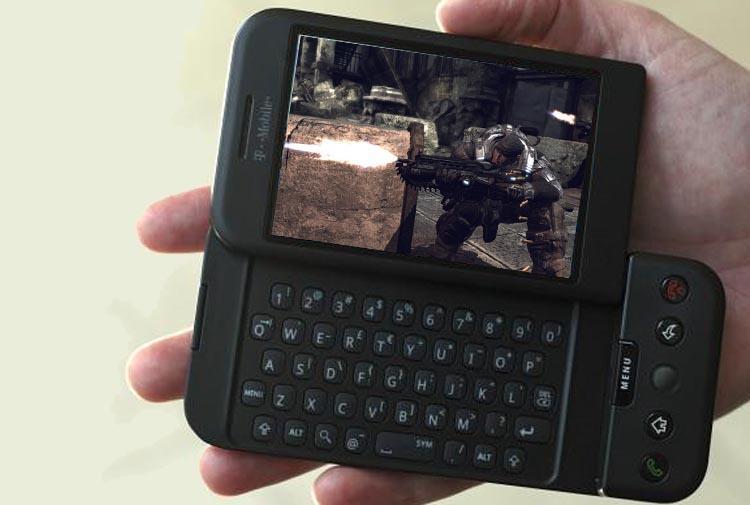 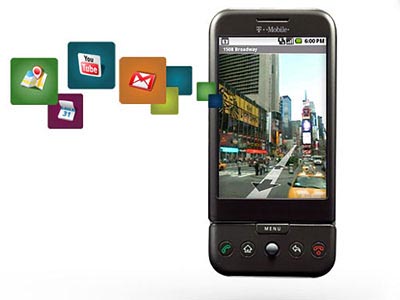 You may have noticed that the smartphone market is no longer exclusive to corporate types in three piece suits. While those guys on Wall Street still make up a good part of the business, the regular Joe and Jane on Main Street are getting in on smartphones too, as well as their tech-savvy children.

With the arrival of the Apple iPhone 3G and, more specifically, the arrival of the App Store, the mass populace was entertained with the possibility of the iPhone being a legitimate gaming platform, competing directly against the Sony PSP and the Nintendo DS. Up until then, most cell phone games were lacklustre knockoffs of their console counterparts or they were remarkably simple casual games meant to occupy no more than a couple minutes of your time. The iPhone, on the other hand, has some “real” games like Super Monkey Ball. That iPhone game is almost as complex and graphically impressive as the version on the GameCube. That’s saying quite a bit.

Now that the T-Mobile G1 with Google has been officially introduced to the world, we are once again entertained with the possibility of another viable mobile platform for gaming. How will Google Android and the Android Market hold up against the iPhone and the App Store? How about against the DS and PSP?

Kicking It Old School with Emulators

If you read my feature article a few days ago about the applications that I would like to see developed for the Google Android platform, then you will know that one of my requests is for an NES emulator. Imagine all the nostalgic gaming action that you’ll be able to enjoy should such an emulator be developed. Going a little further, developers could try to create emulators for the SNES and the Sega Genesis as well.

One of the key advantages that the Android Market would have over the App Store is that the former is largely unregulated. This means that legally gray apps, like an NES emulator, would have a greater chance of being legitimately published and maintained. This would be quite the stretch, but can you imagine if Nintendo started to sell legal ROMs for these emulators? That’ll never happen, but it is logistically possible.

There really is no phone out there that can be compared directly to the T-Mobile G1, because it is running on an all-new operating system. This is partly why you can’t compare a MacBook with a Windows notebook on a spec-for-spec basis. The same can be said about an XP netbook and a larger Vista notebook. Spec for spec, the netbook would feel faster and, arguably, more powerful.

It will certainly be interesting to see how graphically intense the games for the G1 will be. It can probably replicate a Tetris clone or even the iPhone’s Super Monkey Ball, but how about a mobile Gears of War? Grand Theft Auto? Can it provide a PSP-like experience?

It could be close enough to be a viable option. The trouble with creating more graphically intense games for Android is storage capacity. Home consoles use optical discs. The DS has individual cartridges. The G1, by contrast, will have to rely on microSDHC memory cards. How many games will it handle? Let’s not forget that you’re using the same memory card for music, videos, documents, and other applications too.

Possible Control Schemes and Other Innovations

Because of the relatively innovative design of the HTC Dream G1, you are effectively offered three possible control schemes, in addition to any combination thereof.

First, you’ve got that touchsceen display. This opens up the possibility of fun puzzle games like Bejeweled and Zuma that are normally played with a computer mouse. The touchsceen aspect can be replaced or supplemented with the trackball as well and this may be a possible solution for the lack of multitouch.

Second, you have a slide-out QWERTY keyboard. By using the WSAD standard and a couple of other keys, you can have a similar experience as a classic joypad. Maybe you can combine the WSAD with the trackball for a keyboard+mouse experience.

Third, you have the accelerometer. This opens up iPhone-like racing games, Monkey Ball, and so on. Combine the tilt sensor with the touchscreen or keyboard and you’ve got all sorts of unique gaming opportunities.

Get Your Game On with Google Android

It may a little while for Google Android to really show its strength, because it’s going to take some time for developers to learn the intricacies of the platform. As the OS matures and is built upon by the budding community, I can totally see Android and the ensuing hardware to offer a lot of fun for gamers, especially if they keep the game prices in line with the iPhone App Store. I don’t think anyone will spend fifty bucks on an Android game, but five or six bucks is a total impulse buy.