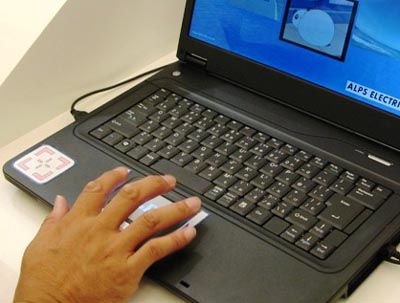 If you’ve ever used a public touchscreen terminal, you’ll know that it is filled with all sorts of nasty germs and bacteria. This latest creation may be able to not only alleviate that issue, but also bring about some other rather interesting applications. It seems that a touchless touchpad has been developed that can detect input from up to 3 centimeters away. That’s a little more than an inch.

It’s unlikely that they’ll implement this kind of technology in a notebook computer any time soon and they’re still ironing out the kinks — it often malfunctions — but being able to manipulate a touchpad without actually touching it could open up some windows. Pair this technology with something like the Microsoft Surface computer and you’re getting a few steps closer to a Minority Report-like interface.

Now we just have to get that hologram thing figured out. I just hope that ugly gloves won’t be involved.