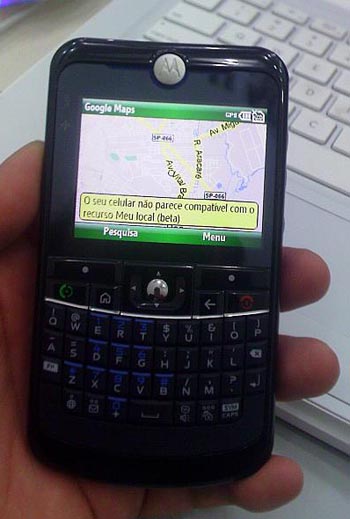 When we caught wind of the upcoming Motorola Q11 smartphone, we had high hopes that the designers at Motorola would have something new and exciting for us. Unfortunately, it seems like we’re getting treated to more of the same. Again.

Yes, the Motorola Q9h was an improvement over the original MOTO Q, but it was really more of the same. With the pending release of the Q11, it seems that we’re going through the same experience all over again. This is a spy shot from Brazil that features the Q11. There are some slight design differences, but it’s still pretty much the same keyboard and the same display in the same kind of form factor.

Rumored features include GPS, Wi-Fi, and 3G, which is pretty much what we’d expect. Unlike what Asus and HTC are doing with their Windows Mobile 6.1 smartphones, Motorola does not appear to have any kind of overhauled UI for its smartphone. Shucks. I hope the Alexander will be better.