Years ago, Porsche extended its portfolio into the realm of SUVs, so why can’t Ferrari go in the other direction by creating a high-powered motorcycle? Industrial designer Amir Glinik took it upon himself to create the Ferrari V4 superbike. As you can tell from these images, Amir is probably a fan of Tron.

The Ferrari V4 motorcycle certainly borrows several design elements from the Tron movie, but it tosses in a lot of red for a distinct Ferrari flair. It’s got the power to back up that impressive stance as well, because it boasts a modified version of the Enzo engine. Other features include hand controls from an F-16 fighter jet and buttons from a F1 race car.

It’s just a concept at this point, and an unofficial one at that, but I’m sure there would be a market for a Ferrari superbike. How much will it cost? More than you can afford, pal. 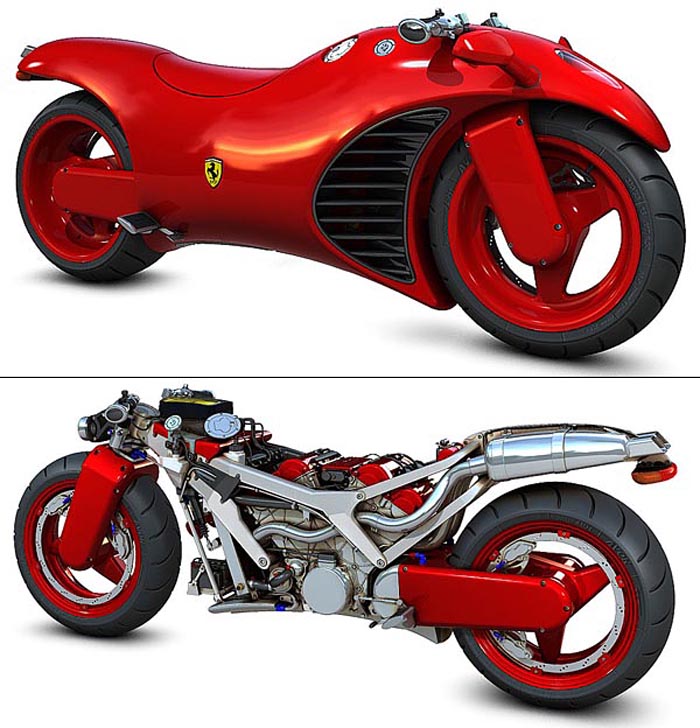