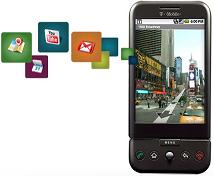 Amidst all of the hullabaloo surrounding this morning’s official unveiling of the Android-powered T-Mobile G1 smartphone, one very important detail was lost in the mix. It’s obvious enough that the T-Mobile G1 with Google will be exclusive to T-Mobile in the United States, but how about the rest of the world?

Well, T-Mobile has a presence in a number of other countries, so it won’t take much for the German company to go nuts bringing Android to those places as well. The G1 will start in the States, but it will expand to the United Kingdom and Germany in early November, followed by Austria, Czech Republic, and the Netherlands in the first quarter of next year.

Where does Canada fit into this mix? Well, there are apparently no plans at all to bring the G1 to Canada, because T-Mobile is no longer associated with Fido. When the dog got rid of the HipTop/Sidekick, they also burned ties to sharing those kinds of handsets. Does that mean that Canada will be without Android? I doubt it, but it seems like the first Android phone in Canada won’t be the HTC Dream G1.