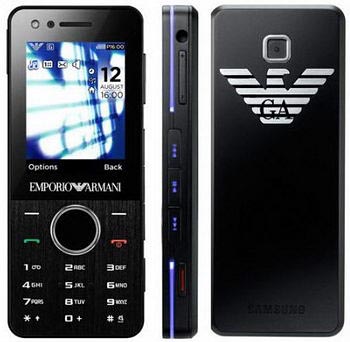 I thought that the whole point of partnering up with a premium clothing company was to add a touch of prestige. That’s what LG did with the Prada and what Samsung did with the first Armani, but this second Samsung Armani phone isn’t nearly as prestigious.

As you may recall, the first Samsung Armani phone ditched the conventional keypad in favor of a touchscreen-oriented interface, much like the LG Prada and HTC Touch Diamond. These are prestigious devices meant to cater to the higher end of the market. With the new Samsung Armani M75500 Night Effect, you get a rather normal-looking candybar that happens to have Armani’s logo on the back. Oh, and it’s abandoned the touchscreen in favor of a regular display and keypad.